The curtain together with the Emirate night fell on the first edition of the Historic Dubai Grand Prix Revival powered by Gulf Historic. Each of the two categories had two separate and distinct races with the same verdict. Victory went to Oliver Webb in the ex-James Hunt Hesketh in F1 and to the OC Racing pairing of Marc Devis and Martin O’Connell in Group C/GTP.

Briton Oliver Webb drove the GPX Historic Hesketh 308 to victory in both races on Friday, the day after the United Arab Emirates national holiday. “Two pole positions, two fastest laps and two victories, you could say that it all went off pretty well,” smiled the former winner of the 24 Hours of Dubai.  “A week ago I didn’t even know that I’d be driving this car that represents so much for us Brits as it’s the one in which James Hunt one of our world champions revealed his talent.”

Jordan Grogor gave a share of glory to the Amon AF101, a car that never enjoyed any during its career in F1 in 1974. The Dubai driver of South African origin twice set off from the rear of the grid and fought his way back up through the field to second place. Into third in race 1 came Jean-Denis Délétraz in his Arrows and Jamie Constable in race 2. In both cases driver-journalist Valentin Simonet took the fight to his more experienced rivals on his F1 Historic debut crowned by two fifth places.

Duo Marc Devis-Martin O’Connell won both races in the pink #40 3.5-litre Ford Cosworth-powered Spice owned by the first named: “I’ve been racing in historic events for 20 years, but I’d never driven a Group C before,” explained the Belgian. “At the end of 2020 the opportunity to get my hands on this Spice arose at the worst possible moment, namely when I couldn’t stop myself from buying it! We’d never even tested it before sending it to Dubai. We thought we’d give it a shakedown in race conditions here, but it soon showed that it was as reliable as it was quick. I’m very satisfied with these two victories shared with my tuner and friend Martin O’Connell who looks after all my cars.” The only fly in the ointment was a 10-second penalty for an infringement of the pit stop minimum time in race 1.

The Argo JM19D shared by Andy Soucek and Oliver Webb started race 1 from pole and led during the first stint. Finally, it finished second overall and first in the “Asset Management” Group C2 and IMSA GT Lights class, a success it repeated in race 2. The unlikely pairing of Mathieu Baumel and Cyril Despres, better known for their successes in cross-country rallies, vaulted up into the top 3 in the overall classification and second in their class on Friday morning. Prince Bernhard of Orange-Nassau and his son Samuel succeeded them in this position at the wheel of the Spice-Ford Cosworth victorious in Group C2 in the 1990 24 Hours of Le Mans.

And last but not least, the exploit of Xavier Micheron deserves a mention as he managed to bring the 1968 Howmet TX with its helicopter turbine home in fifth place in the morning race and seventh in the afternoon’s event. “Super ambiance, super organisation and super circuit,” enthused the creator of the Ascott Collection. “I felt that the car really made a big impression on everybody, in particular when it started and also on the straights. We made a lot of progress over the two days and at the end I did my damnedest to better explore its limits.”

The public was able to take advantage of the on-track spectacle all day, get near the players in the pits, admire a superb exhibition of historic cars and enjoy the traditional music, the pop, rock and soul concert and the different activities. GP Extreme and all the partners of the event invite them to come back for the second edition over three days from Thursday 24th to Saturday 26th November 2022! 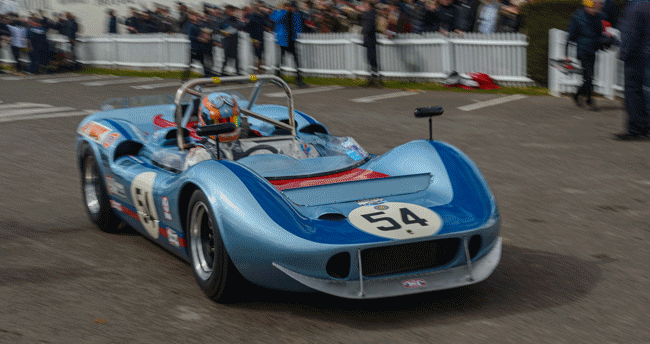 Five months after the Members’ Meeting, GPX Historic is preparing to return to West Sussex on 16 – 17 September to take part in the Goodwood Revival. The team’s 1965 McLaren M1B-Chevrolet entrusted to the expert hands of Stuart Hall will add excitement to the thunder of the Whitsun Trophy field! Pierre-Brice Mena has confirmed […] 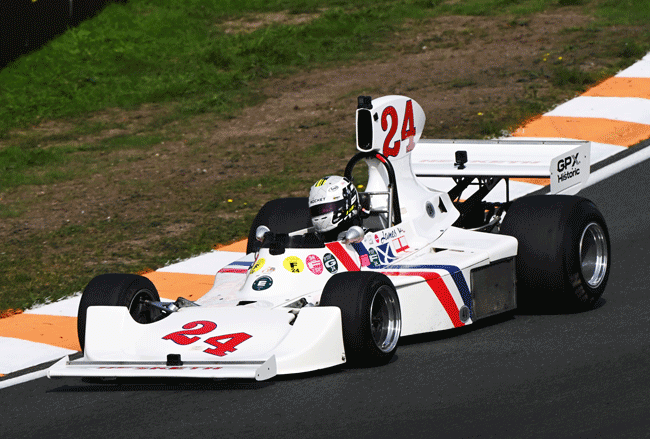 Jenson Button at the wheel of GPX Historic’s Hesketh at Zandvoort!

The Dutch Formula 1 Grand Prix provided the ideal occasion to celebrate the 50th anniversary of the founding of Hesketh Racing. In 1975, James Hunt gave the “biggest little racing team in the world” its first and only world championship victory on the Zandvoort circuit. To celebrate this event, GPX Historic entrusted Jenson Button, another […] 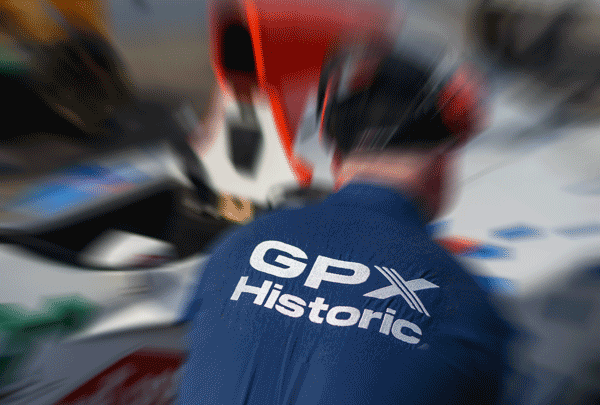 GPX Historic at Goodwood: The beauty, the brute and the cutie!

It’s obvious that at an event like the Members’ Meeting, you can only find rare, amazing, extraordinary or completely mind-boggling machines in the paddock! GPX Historic has done its bit to make the 79th edition a success! The branch of the GP Extreme group, which restores, prepares and runs historic racing cars entered a svelte, […]